The laureats are from Germany, France, Tanzania and USA.

Munich. Since 1998, the Nuclear Free Future Award has honored people around the world who are engaged in the end of the nuclear age and show ways to end both the military and the civilian use of nuclear energy.

An international jury of activists and scientists selected the winners of the Nuclear Free Future Award 2022 in the three categories Resistance, Education, Solution - each endowed with 5000 US dollars. 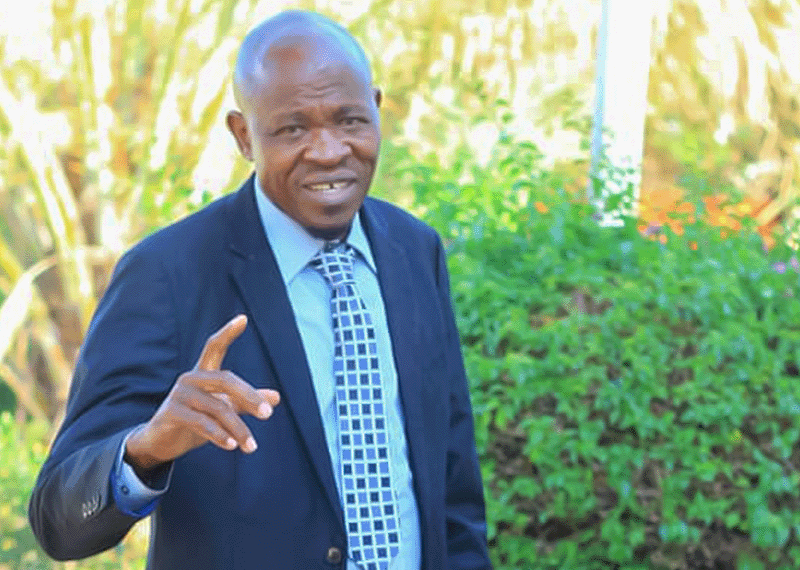 Anthony Lyamunda has been resisting the planned uranium mining and opening of uranium mines in his country for many years. He writes and agitates on this issue knowing that Africa has endured a long history of plunder by colonialists for various minerals and continues to endure it today. From Niger, for example, mining companies have so far exported 154,000 tons of uranium, equivalent to a world market price of $34 billion. Niger is thus the seventh largest uranium producer of all time, and yet it is one of the three poorest countries in the world and has received nothing from uranium mining other than the radioactive contamination of its land. Anthony Lyamunda is fighting to ensure that Tanzania does not suffer the same fate. "The Nuclear Free Future Award is intended to draw the attention of the world public to this problem," the jury said in its statement. 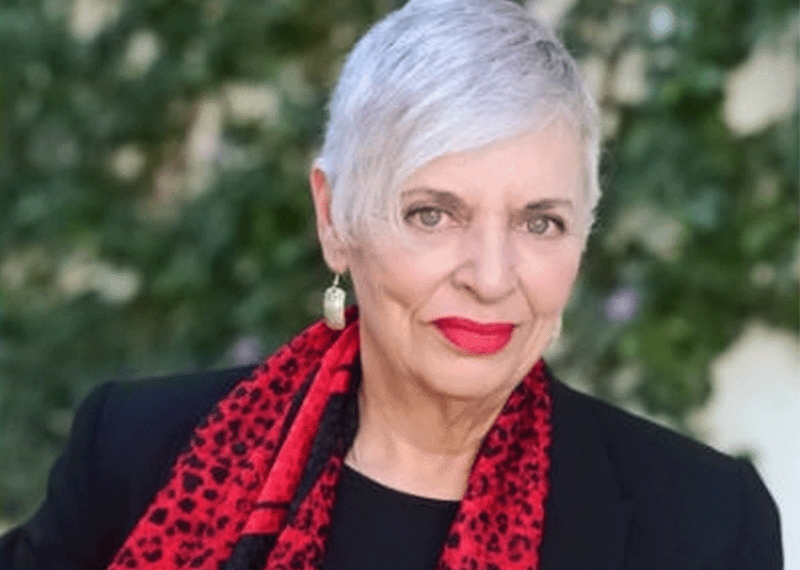 Libbe HaLevy runs a weekly podcast about all things nuclear, Nuclear Hotseat. It's a real powerhouse, but she's able to bring in high-profile guests from around the world. Although Libbe HaLevy is based in the U.S., she has succeeded in broadening the understanding of the many aspects of nuclear power and nuclear weapons not only in the U.S. but around the world. This is beneficial to both sides. Americans tend to be somewhat insular, so a broader understanding of nuclear issues in the rest of the world is a very important contribution Libbe HaLevy is making. "Because the Nuclear Hotseat program is available online, many activists around the world can access information not normally available to them through the weekly podcast," judges the NFFF jury, "this is a very compelling offering."

At a time when Russia and President Putin are openly threatening to use nuclear weapons, the abolition of nuclear weapons has become even more urgent and important. Professor Malte Göttsche of RWTH Aachen University is looking for ways to reach an understanding and advocates for nuclear weapon states to actually disarm. It is true that the U.S. and Russia drastically reduced their nuclear arsenals, mainly in the 1990s. Nevertheless, Russia currently has nearly 6,000 nuclear warheads and the U.S. over 5,400, with about 2,000 warheads on "high alert." Malte Göttsche advocates for disarmament and the elimination of all nuclear weapons, and is looking for new ways for nuclear-weapon states to build mutual trust to achieve this goal. "This is a service to us all," the NFFF jury said. "We need the mechanisms to understand what nuclear-weapon states are doing, or not doing, if we are to have any chance of achieving the goals of the Treaty on the Prohibition of Nuclear Weapons. Malte Göttsche is among those paving the way for that." 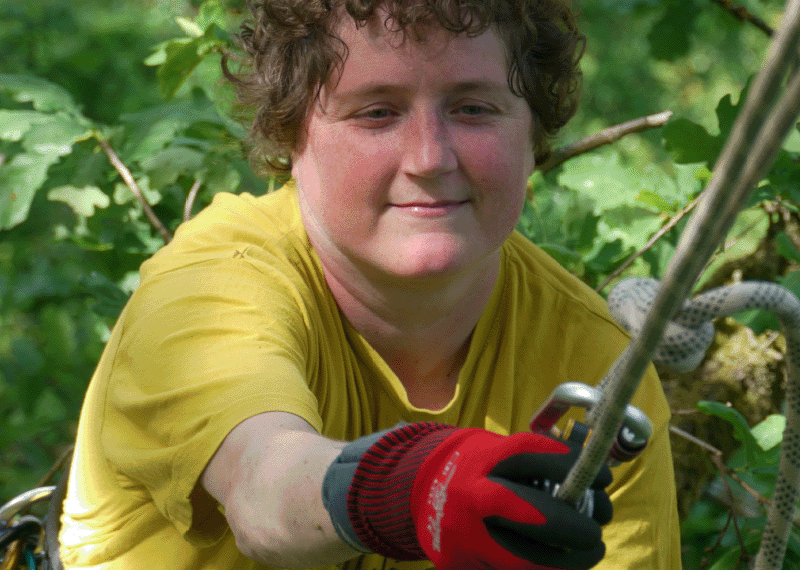 With her spectacular rappelling actions, especially against nuclear transports, including uranium transports from Gronau to Russia and France, Cecile Lecomte has repeatedly managed to draw the public's attention to the little-known business of the uranium enrichment company Urenco in Gronau near the Dutch border. She also attracts a lot of attention in the fight against the continued use of nuclear energy in Germany with actions against the Lingen fuel element factory - also known as "squirrels" due to her extraordinary climbing skills. This also includes raising public awareness of the manifold international interconnections resulting from uranium enrichment in Gronau and fuel element production in Lingen.

Due to her French origin, Cécile Lecomte is in a special position to organize cross-border cooperation and thus also to provide information about French nuclear projects in Germany. She also processes information about nuclear projects and anti-nuclear protests as a journalist for various media and in her own blog. In earlier years, she was instrumental in the fight against the Castor transports to Gorleben. "Without Cécile Lecomte's commitment, the anti-nuclear movement in Germany would be much weaker and the international dimension of uranium reprocessing would be much less known in Germany," judges the NFFF jury. "Her work is all the more remarkable because she has been seriously ill for years and is confined to a wheelchair. Her commitment to a nuclear weapons-free world is exemplary." 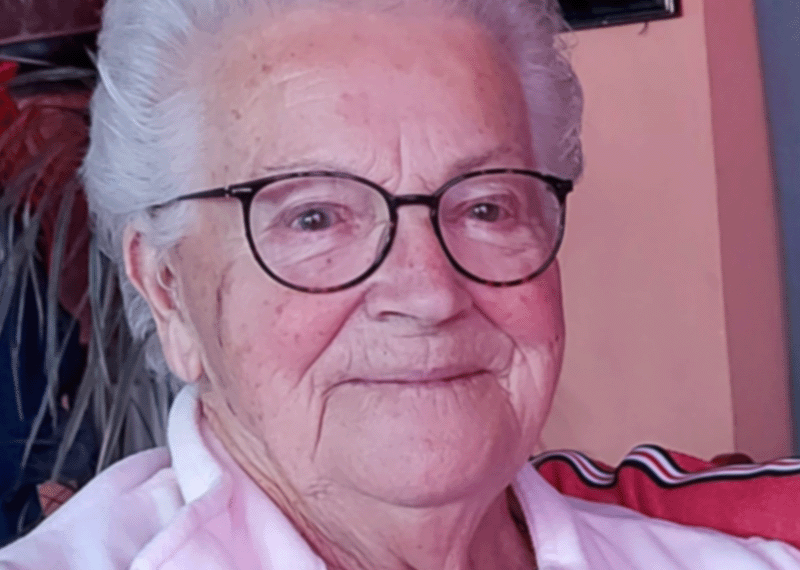 Disobedience was not in the cradle of Irmgard Gietl, who is now 93 years old. Her youth in the Upper Palatinate was marked by poverty and quite a bit of deprivation. Knitting is therefore a necessity in her youth to get warm things. But knitting becomes her passion. For a long time, Irmgard Gietl leads a quiet life as a mother and housewife. But when it becomes known that a supposedly harmless nuclear reprocessing plant is to be built in her neighborhood near Wackersdorf, she becomes suspicious. The harshness with which the government will soon take action against demonstrating citizens drives Irmgard herself to the barricades. Caring for her family now means fighting against the reprocessing plant - with what she learned from an early age: knitting! "The fact that a woman supports the strugglers against the reprocessing plant with warm socks so that they don't get cold feet" impressed us very much, emphasizes the NFFF jury. In any case, Irmgard also attributes the fact that the Bavarian state government abandoned the construction of the WAA in 1989 to her "resistance socks" – that is true in any case, but very modestly formulated.

COOPERATING PARTNERS are the Greenpeace Environmental Foundation, IPPNW Germany and Beyond Nuclear.